Celebrating a Century of Service

Powell's Chapel will celebrate its 141st anniversary in July 2016. This is final post in a series of blogs highlighting the rich history of Powell's Chapel and its impact on the local community.

Church member Eleanor Dowdy remembered that the day was very hot. “We all tried to dress in period dress, like long dresses and hats. I remember I wore a long dress and a big picture hat and it was really a big to-do.” 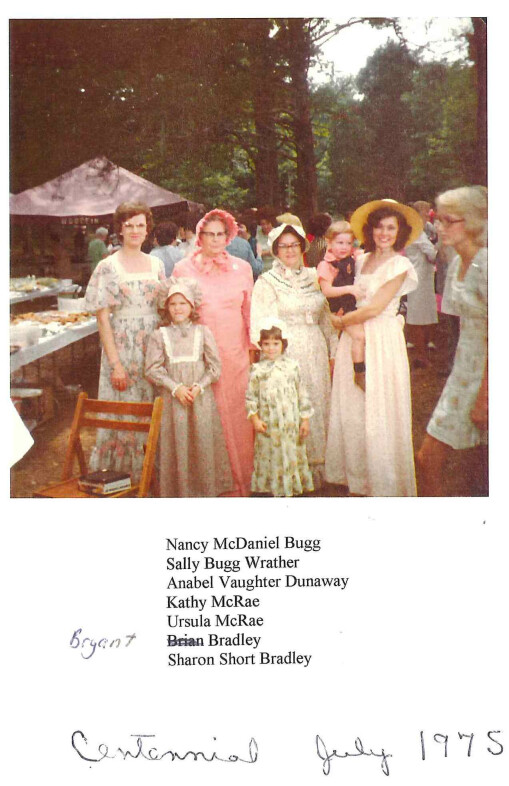 The church hosted a dinner for past pastors, their wives, and the local clergy on Saturday and a dinner on the grounds on Sunday. Mary Alice Short served on the food committee and recalled feeding almost five hundred people on Sunday without a kitchen on site. The women of the church brought the food with them. So many people attended that all the windows were opened and chairs set outside around the sanctuary so people could hear the proceedings. Even the choir loft was overcrowded that day. Both Mary Alice and her son Gerry Short laughingly told the legendary story that Mary Alice’s younger son Duane tumbled out of the choir loft and landed outside in the hall when his folding chair got too close to the edge. The church and community enjoyed celebrating a century of successes.

The Centennial Celebration marked the end of a great era for the church and a turning point for the community. Powell’s Chapel Baptist Church ended its first hundred years with 314 members. It owned property worth $90,000 including the church building and pastorium. One hundred forty-seven people were enrolled in Sunday School and 106 in Church Training. The church maintained active Women’s Missionary Union and Brotherhood programs along with a growing music program. It closed the year by forming a long-range planning committee to move toward the future.

In 1975, the congregation of Powell’s Chapel celebrated the milestones of one hundred years as a beacon in the rural community in northern Rutherford County. While the people of the church focused on the nostalgic aspects of the centennial by dressing in old-fashioned clothing and telling stories of beloved members who passed away, the century they celebrated included many significant accomplishments for the church that transformed Powell’s Chapel from a group of ten individual Baptists looking for a meeting place into a vibrant congregation that served as a leader in the local community.

Posted by Bethany Hawkins with
July 19, 2016
in History 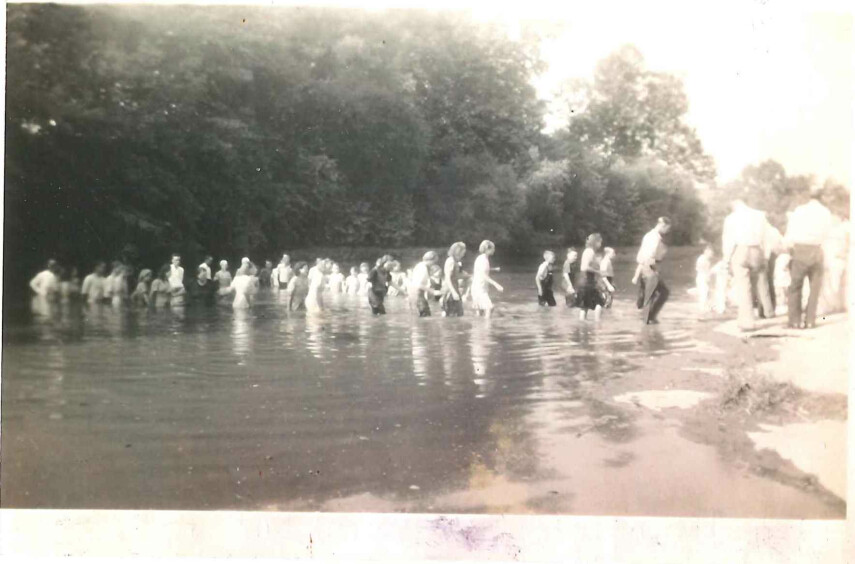 The dawning of the 1940s brought Powell’s Chapel Baptist Church into a decade that saw the congregation reach the height of its membership and achieve financial stability. According to church records, the summer of 1941 provided a number of records for the church. The church averaged 146 in Sunday school for May; in June they averaged 181; in July 207. In August 1941, the church held a series of revivals led by

Following the two-week meeting, forty-four people were baptized in nearby Stones River, a record for the number of people baptized by the church in one day. Church documents tout the records but do not speculate as to the reason church attendance grew so quickly during that summer. It is worth noting, however, that the neighbor church, Jerusalem Cumberland Presbyterian, struggled during this time, closing for five years in the early 1940s due to lack of attendance.

L.G. Frey, the Recording Secretary of the Tennessee Baptist Convention in 1947, attributed the success of churches like Powell’s Chapel to their full-time status and commitment to winning souls for the Lord. He wrote, “Any country church reaching, teaching, training its members and leading them in worship, in winning the lost, and financially supporting a full-time program, should be considered successful.”