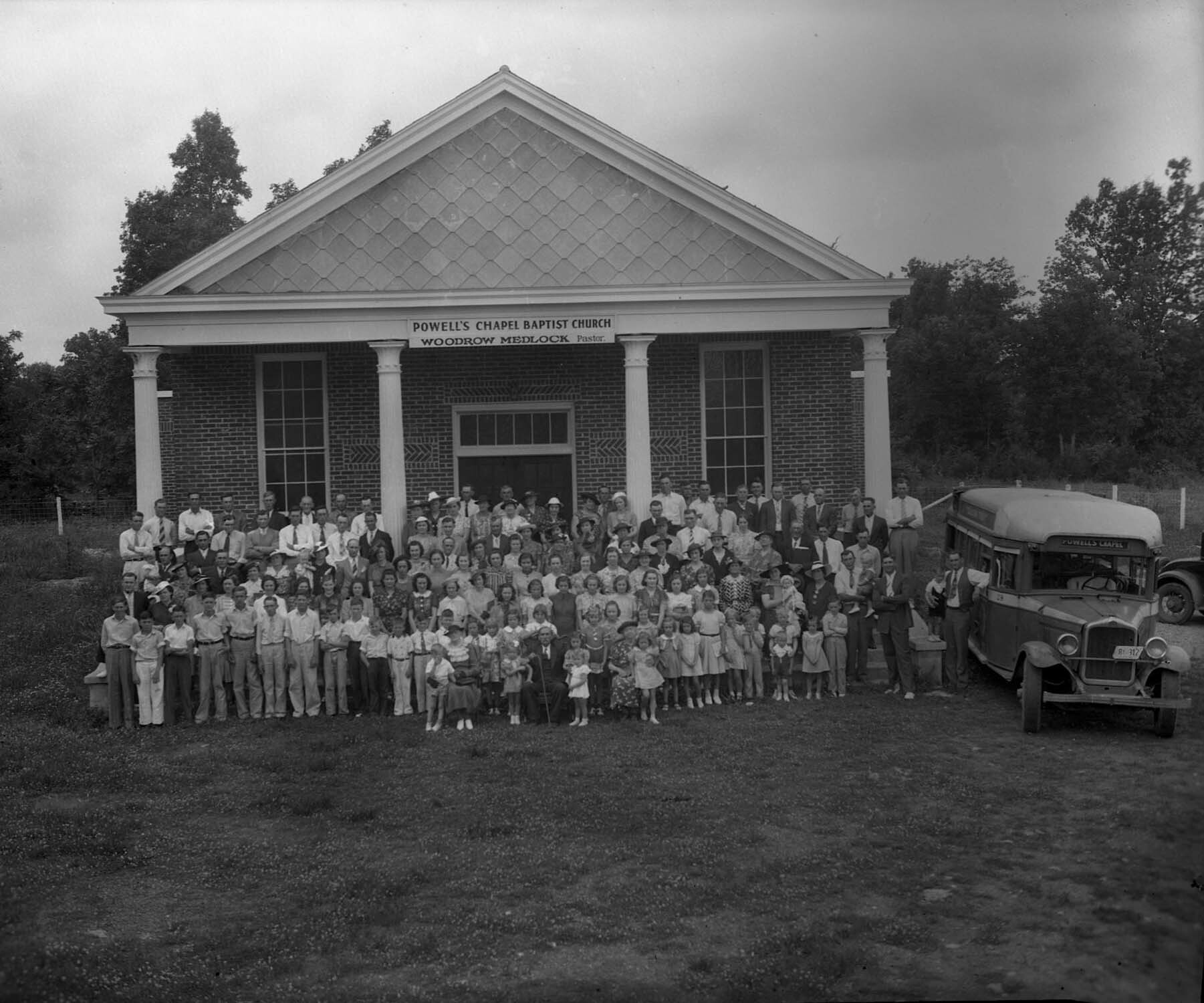 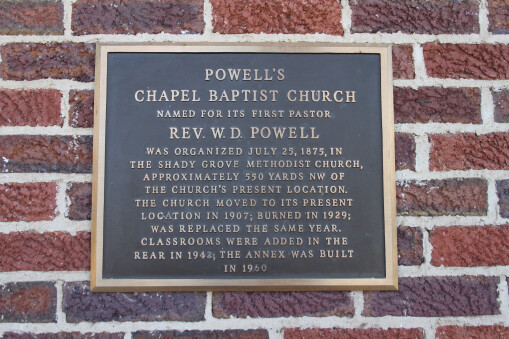 Rev. Powell served as the first pastor of the new church. In October 1875, the church elected and ordained its first deacons, John B. Vaughter and William Short completing the organization of the church. At the time, Powell resigned as pastor.

Despite the loss of its first pastor, the new church experience a period of great growth during the first quarter of its history. In 1903, the Concord Association minutes record that Powell’s Chapel baptized the most people in the Association – 26.

In 1907, the church needed to expand its facilities to accommodate the growing congregation. They exchanged the land where the original church stood to R.H. Henderson for a lot about on-half mile south of the old church and erected a new, modern building. On March 10, 1929, fire destroyed the building, but the church rebuild before the end of the year.

Over time, the church continued to expand its facilities for the community. Sunday school rooms were added in the rear of the main building in 1942. In 1960, volunteers built additional Sunday school classrooms and restrooms. The Gary Rickman Educational Building was added in 1982 with the Thomas Rowlett Building joining in 1993.

With its rich history, Powell’s Chapel Baptist Church continues to be a beacon to a growing community. The surrounding landscape changed greatly since the first meeting of the church in 1875. Although family farms no longer surround the church, the fields continue to be white with His harvest. Its members look forward to many more years of service to the Lord through this vital church and community.

Information taken from A Narrative History of Powell’s Chapel Baptist Church written by the Centennial Committee in 1975 from notes by the church’s first historian Luther M. Vaughter in 1930. Updated by Bethany L. Hawkins in 2014.