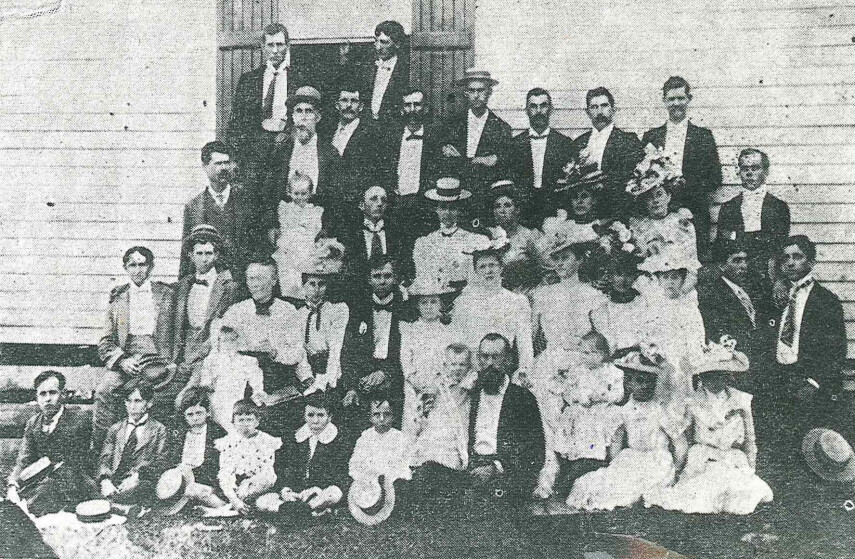 Powell's Chapel will celebrate its 141st anniversary in July 2016. This is second of a series of blog posts to highlight the rich history of Powell's Chapel and its impact on the local community.

The post-Civil War church placed its emphasis on personal salvation to prepare for the next life but also focused on matters of morality and personal conduct in this life. Baptists focused on the personal habits and actions of members as a way to ensure the morality of their community. The most egregious offenses were drinking and dancing. One vice that caused controversy was tobacco use. Churches either outright condemned it or ignored it. The men of Powell’s Chapel fell into the latter camp. After church, the men gathered in the front of the church, but conversation could not begin until each man had placed a plug of tobacco in his mouth. Former member Allen Barrett detailed a less civilized use of tobacco at the church:

"At one of the mid-week services a visitor of another faith was in attendance. The service took on the semblance of a debate between the leader of the service and this visitor. As the discussion warmed up, this man put his left hand to his face gave the victory sign and ejected a sizeable quantity of tobacco juice between his raised fingers which splattered on the floor there in the altar. This man, if alive today, wouldn’t be any slouch in competing in the National Tobacco Spitting Contest."

One way Powell’s Chapel and other Baptist congregations in the 1800s sought to lead their members to a higher standard of moral conduct was through the establishment of Sunday Schools. Southern Baptists emphasized Sunday School. They viewed it as a way to provide religious instruction for members and serve as an outreach tool for the local community.

Powell’s Chapel started its first Sunday School in 1883 with W. P. Henderson serving as superintendent. “All classes met in one room, and the sanctuary, and continued to do so, except for some two years when it met in the school house.” Sunday School has continued uninterrupted at Powell’s Chapel from 1883 to the present day.

By 1890, Powell’s Chapel was well established in the local community. Although the minutes from 1885-1908 are lost and little is known about those years, the church did continue to grow. A chronological register of members shows people from the local community continued to join the church.

The yearly statistics for 1897, the last report available for in the nineteenth century, reveal that total church membership was 134, an increase of 112 from the twenty-two pioneers who helped start the church in 1875. Fifty-eight people were enrolled in Sunday School with an average attendance of thirty-eight, a robust number in a small, rural community. While some members were lost to death and others joined other denominations, Powell’s Chapel continued to add to its numbers as it entered the 21st century.

Posted by Bethany Hawkins with
June 23, 2016
in Women's Ministry 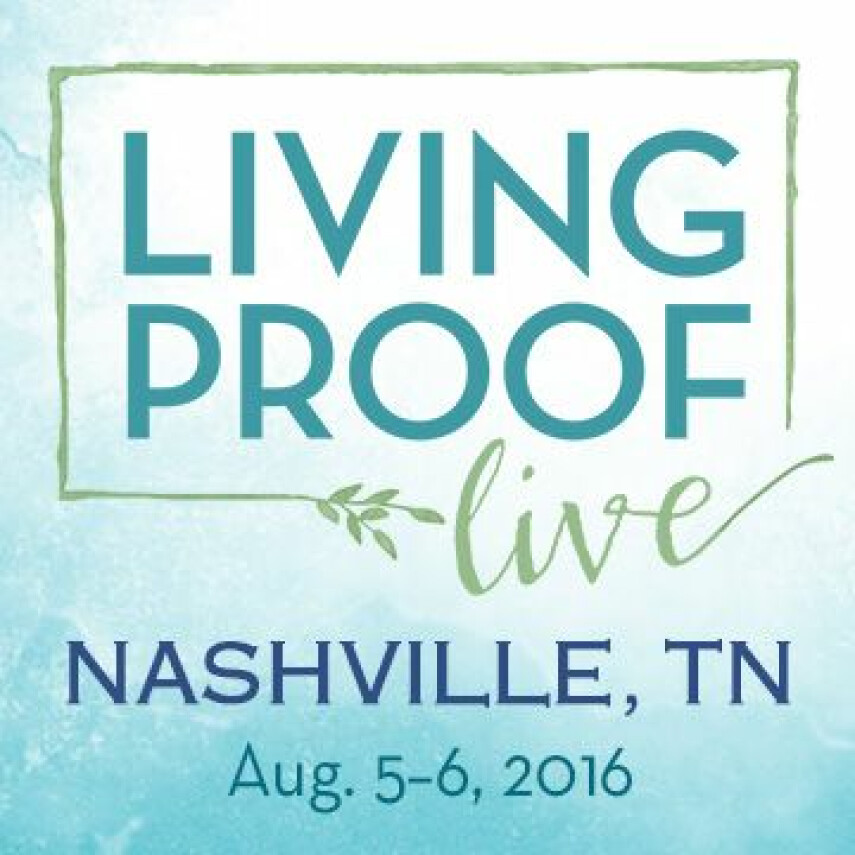 Powell's Chapel has a limited number of tickets available for women to attend Beth Moore Living Proof Live in Nashville on August 5-6. Cost is $59 per person. Sign up today or email  to secure your spot.

More information about the event:

“I am thankful that Beth presents herself as a real person. Not as someone who has ‘arrived,’” says Pam McBride, an attendee from a Living Proof Live event in Knoxville. “Her words of truthfulness and boldness touch my life in so many ways.”

The event, which is now in its 18th year, both challenges and encourages women to grow deeply in their faith.

“We are passionate to serve women who know Christ well but we’re also hoping they will join us shoulder-to-shoulder in the accelerated outreach effort that God is blazing in our souls,” Beth Moore wrote. “We are praying earnestly that women will come bringing the lost and the searching and the broken and the untaught.”

Moore has authored dozens of published Bible studies, books, and devotionals specifically for women for nearly two decades. Her latest LifeWay-published releases are Audacious (October 2015) and Children of the Day (May 2014). Moore’s organization, Living Proof Ministries, is based out of Houston.

Dove-award winning musical artist Travis Cottrell, who also serves as worship pastor of Englewood Baptist Church in Jackson, Tenn., is slated to lead worship for the event. Living Proof Live starts Friday, August 5 at 7:00 p.m. and concludes for the evening at 9:30. It starts back up the following morning at 8:30 and ends at 12:15 p.m.